Be the first to review this item 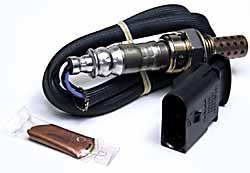 New oxygen sensors can reduce emissions, maximize fuel economy and boost engine performance. As an oxygen sensor ages, it becomes contaminated, reducing its ability to read and react to your vehicle’s O2/gas mixture. A sudden drop in fuel economy and a “check engine light” are common symptoms of a failed O2 sensor. With gas prices on the rise, you simply cannot afford to drive around with outdated O2 sensors!

We recommend replacing your oxygen sensors every 60k miles. O2 sensors should be bought in pairs; one front sensor and one rear sensor