As a follow on to the Super Bowl commercial and #DefyLabels marketing campaign, MINI USA has launched a contest to locate four individuals who best exemplify the MINI brand values of individuality, resiliency, authenticity, and courage. According to MINI USA, the contest celebrates “Americans in local communities who define themselves." 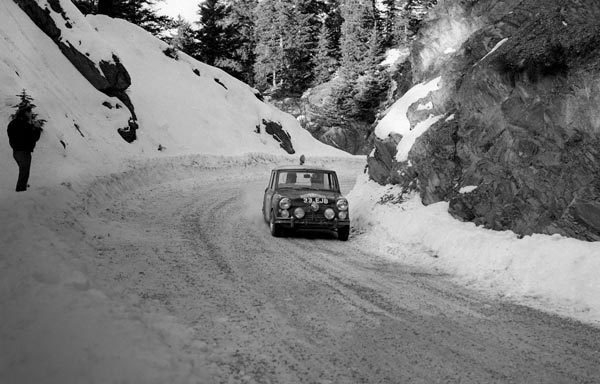 The contest seeks to reward those people for proving that they can defy the labels given to them by society and define themselves. Society, MINI claims, often tends to put people in a box and narrow their character to a singular label. MINI recognizes the individual identity of each person and understand that there is more to most of us than meets the eye.

David Duncan, vice president MINI of the Americas, says “People have put labels on the MINI brand for years. We’ve been called the ‘small car’ or the ‘cute car,’ but we know we’re more than that. Despite those labels, we’ve continued to be inventive and innovative with our product line. The Defy Labels Contest isn’t about rebellion, but rather creating your own path regardless of the labels you’ve been given; a concept the MINI brand understands and embodies.”

From February 12 through April 17th, anyone who wishes to may nominate a candidate simply by uploading an image and a brief entry explaining how that person defies labels at MINI-DefyLabels.com.

Then, online voting will pare down the field to 16 semi-finalists. From there, an independent judging panel will select four finalists. The four finalists will join the kick-off of, and have the chance to participate in, MINI’s “MINI TAKES THE STATES” rally. A second round of online voting will determine a sole grand-prize winner who will receive a two-year lease of a brand-new MINI Clubman.

The ”Defy Labels” ad campaign includes a cast of well-known athletes and celebrities including Serena Williams, Abby Wambach, T-Pain, Randy Johnson, Tony Hawk, and Harvey Keitel, as well as non-celebrity MINI owners and members of the MINI John Cooper Works racing team. All of whom also exemplify the “Defy Labels” values. MINI filmed a series of long-form interviews with the various participants in which they talk about their own views on labels. The interview videos are also available online at MINIUSA.com/DefyLabels.