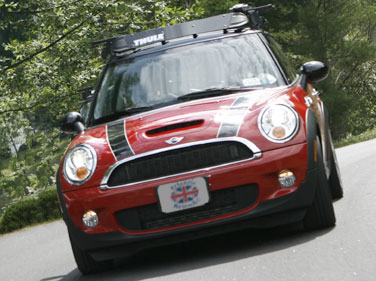 In 2002, BMW took the design of the MINI Cooper in a radical new direction. It kept the same basic principles of design but infused it with a boatload of attitude. The Cooper featured a 115 bhp Chrysler engine, and the MINI Cooper S added a supercharger that significantly boosts performance. BMW hasn't forgotten that it was the MINI Cooper S that won the Monte Carlo Rally 4 years in a row from 1964-1967. (The fact that it was disqualified in 1966 for having faulty headlamps only adds to the legend.)

The first next generation MINI Cooper, and all models that followed - from the Clubman to the Paceman - have been offered with a sporty S package option. From more power to more speed, each Cooper S offers something a little bit different. Here at MiniCarParts.net, we haven't forgotten the fun of driving a car with a little something extra in it either. That's why we stock many of the parts and accessories you may need for your MINI Cooper S. Whether service and repair parts or performance parts you're looking for, our catalog will have them at affordable prices. We give you quick access to all the car parts you need to make your MINI truly unique. Give us a call today to begin your journey of winning your own rally!