Most of the country is reeling from some of the coldest weather in recent memory. The polar vortex which descended from the north brought sub-zero temperatures for several days freezing everything in its path, including a saltwater harbor in Maine. 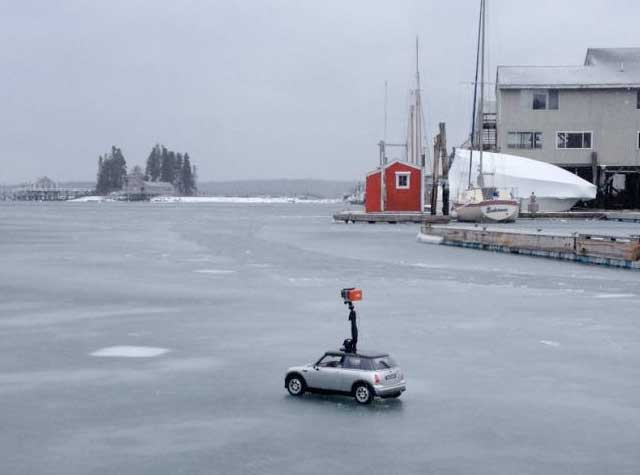 Boothbay Harbor in Maine has been known to freeze over when temperatures are particularly frigid for long periods of time, but it hasn’t happened in years. Even when the waters do freeze, the ice is not thick enough for a human to walk on. However, a small MINI Cooper remote control car named “Silver” was light enough to travel out onto the frozen bay and capture some great shots courtesy of a small mounted camera.

Just another feather in the cap for unique locations traversed by the MINI Cooper! Check out the video for some additional footage!