Back to Main Page
Posted On: May 7, 2015 By: Dave Bobeck Category: MINI Cooper News

This brand new "party coach" limousine is based on the bus used in the original 1960's film "The Italian Job." Even if you are celebrating something ordinary like a bachelor party or birthday, you and 29 of your friends can party it up as though you yourselves have just pulled off a daring million-dollar heist just like the one featured in the film. 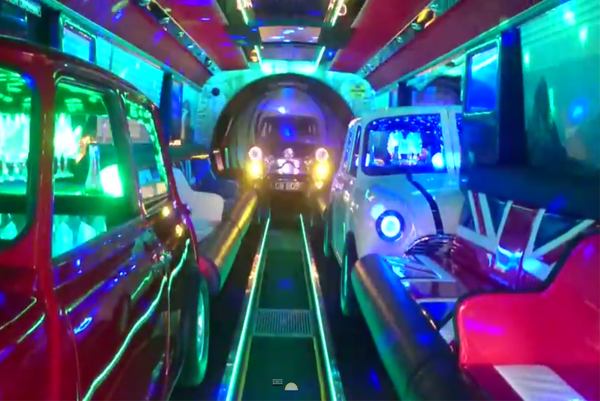 The outside of the bus is covered in graphics to make it look like the original Bedford bus, and the rear is designed to recall the scene where the Minis drive up into the bus while underway. On the interior, the Italian Job theme continues: the bars are built out of old Minis, the blue Mini appears to be coming out of a tunnel, recreating another part of the famous chase scene, the seats have Union jacks on them and there are gold bars and quotes and posters from the movie all around. 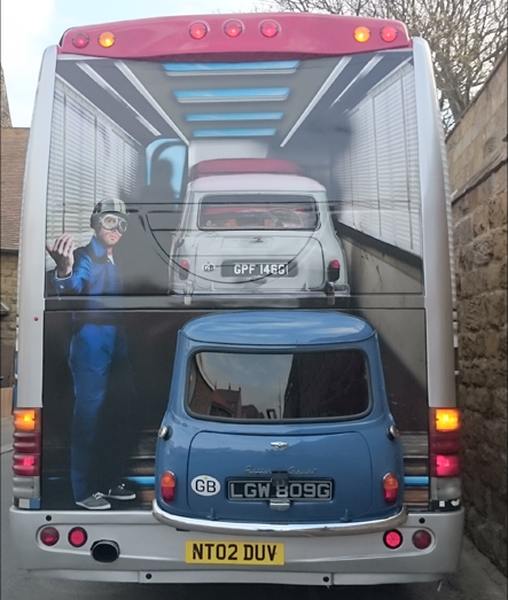 But it doesn't stop there. Instead of looking out at the dreary streets of the UK, the interior windows are covered with graphics depicting the more scenic mountains of Turin, Italy, where the original filming took place. Of course there is also a serious entertainment system, featuring "under seat subs, karaoke machine, TVs, a plethora of lights."

The Italian Job Party Bus is operated by the English firm Millennium Limousines, based near Middlesborough. For more information or to hire any of their vehicles, contact them through their Facebook page, or their website.