You never know what you might find tucked away in an old garage. In Neil Piper’s case, an investigation of his deceased uncle’s garage revealed a 1966 Austin Mini Cooper left untouched for 36 years!

The green MINI Cooper belonged to the late Brian Smith, and was purchased new in Portsmouth, New Hampshire in 1966 before making its way to England. Mr. Smith drove the car for 10 years, keeping careful care of the automobile until physical limitations required him to store Mini in his garage. The vehicle sat idle in his garage for 36 years until it was discovered by Mr. Smith’s nephew.

The MINI doesn’t start and is in desperate need of renovation, work that Mr. Piper and family have no interest in pursuing. Instead, the family will sell the Austin Mini Cooper at auction. With only 22,270 miles on the odometer, the group expects to fetch nearly $20,000 for the car.

Said auctioneer Matthew Whitney, “So often classic Mini’s have covered intergalactic miles or had panels and engines replaced, but this Cooper is a matching numbers car in totally original condition… It is probably the most important Mini Cooper I have been instructed to sell.” 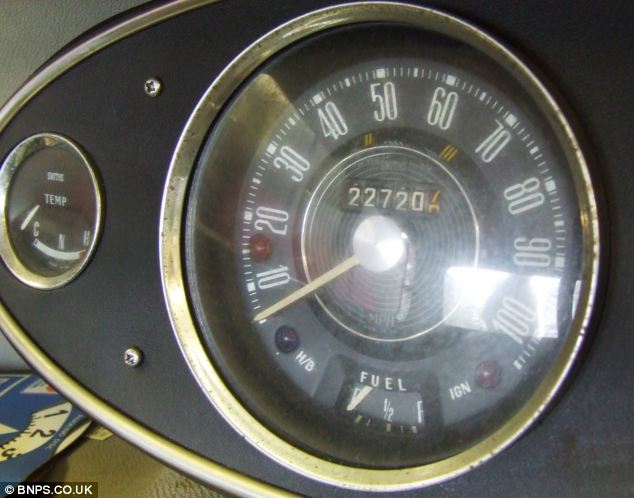